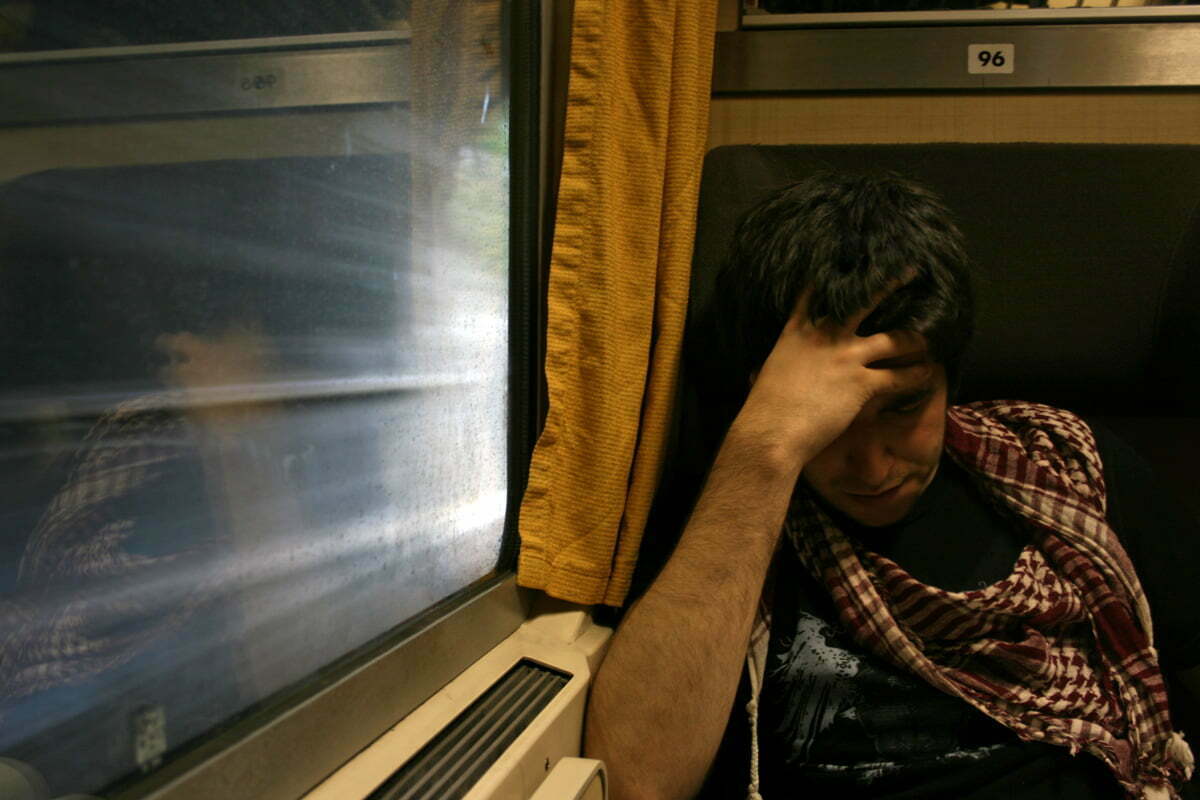 My usual internet browsing always has a tendency to lead me down unexpected routes, that’s why it’s so addicting, but recently I found myself coming back to an unusual topic.  Trains.  I say this is an unusual topic because as an American, I tend to look down on trains as a wholly outdated form of transportation that sucks the life out of salt-of-the-earth experiences like endangering your life behind the wheel of a car.  Cue car tangent: My friends and family have always recognized my love of cars and I can’t imagine a time when I won’t be gawking at a passing Ferrari like it’s Penelope Cruz wearing nothing but a smile.  Like clockwork, my grandmother used to get me a subscription to Road & Track for Christmas.  My favorite video game growing up was Gran Turismo.  I’d joke that it’s an unhealthy hobby, but frankly, considering the fanatical car culture in America, I consider my interest tame in comparison.

Eventually my infatuation with cars led me to a show that I instantly fell in love with, a British phenomenon known as Top Gear.  It’s dry humor and infectious love of all things automotive made us a perfect match.  I’ve been following it for years and yesterday they aired another one of their epic races.  The premise is essentially that the most conservative member of the show, Jeremy Clarkson, will take a beautiful exotic car and race it against other modes of transportation to prove the car is superior.  The car always wins.  Some people have debated whether the races are staged, but the BBC (and Clarkson) insist they are real.  On a recent post from the show’s blog, Clarkson writes:

During our race to Oslo, the poor cameraman in the back of the tracking car had to pee in a bottle. We do not stop.  In the Ferrari versus plane race to Verbier, I actually overtook the tracking car, leaving me with nothing but the on board mini cams. I was that desperate to get there first.  And we get back to be accused of fakery by some internet dweeb. It makes my effing teeth itch with rage.

I completely digress, but one part of the episode focused on the fantastic technology behind the famous bullet trains in Japan.  The format of the epic race episodes is essentially a glorified review of the car paired with the two other hosts explaining the grandeur of their chosen form of travel.  While flying along at 200 mph on the bullet train, James May and Richard Hammond (the two other hosts of the show) explain the brilliance (and insanity) of punctual Japanese train travel.  One interaction struck me:

James May: The average delay on the Tōkaidō Shinkansen two years ago, that’s the one we’re on, six seconds.
Richard Hammond: Six seconds?!
James May:  They’re electric obviously, the trains, but they actually have a motor in every single carriage rather than just power cars to keep the weight distribution even cause that reduces wear on the rails.

This kind of engineering is phenomenal and shows a uniquely Japanese attention to detail, but it could easily be spread to other railway networks.  While traveling in Europe I took complete advantage of the broad and cheap system of trains.  The unoriginality of this journey did not diminish it one bit.  It’s an American tradition, at some point in the first half of your life you buy a EuroRail Pass and amble through the countries with some friends.  I won’t claim to have come up with it, but it is a tried and true way to get some epic stories.

During this process I got to experience the full spectrum of train travel.  In the UK, trains were efficient, comfortable and advance (free WiFi!).  However, on a train ride to Budapest I got to experience the all the modernity that the former Soviet Bloc has to offer.  I won’t delve into details, but our train (which we occupied for more than 10 hours) had the heat blowing full blast, forcing people to take frequent refuge in the space between cars for a noisy but drastically cooler experience.  One thing I noticed was that rail travel was an institution that was accepted as a practical way to get around.  Sure it wasn’t on bullet trains, or even on a Eco-friendly technology, but it gets the job done.  It moved many people quickly and cheaply from point A to point B.

Back in America, we tend to scoff at train travel as outdated and inefficient.  And frankly, in the US, it is.  The heavily subsidized network is ridiculous, we have more track laid than anywhere in the world and our empire was built on the wealth this technology created.  Gilded with trains, we somehow jumped off the track.  Subway systems are well and good, but offer no larger solution to travel.  My interest was piqued today, but a fantastic and short journal of a trip cross country on our “terrible” train system.

The American passenger rail—once a model around the globe—is now something of an oddball novelty, a political boondoggle to some, a colossal transit failure to others. The author James Howard Kunstler likes to say that American trains “would be the laughing stock of Bulgaria.” The numbers show just how far this once-great system has fallen. In 1960, U.S. rail travelers logged 17.1 billion passenger miles (the movement of one passenger one mile), the standard measure of a system’s reach; by 2000, that number had fallen to 5.5 billion, just one percent of the total travel between U.S. cities that year.

All this discussion makes me wonder where to go from here.  I’m not exactly sure, but I think the exponential increases in gasoline prices will lead people to drive less and seek out alternatives.  Public transportation is the immediate answer, but intercity and cross country travel are the next sectors to see massive increases in traffic.  To accommodate the increase America should invest in new technology like that seen in Japan and start to adapt to a solution.  I picture something like Roosevelt’s New Deal, invest a huge amount in our future by strengthening the country’s infrastructure.  There are other bigger concerns (healthcare, cough cough), but that’s for another rant.  It’s not possible now, because we, as a culture, can’t see more than 5 years down the road, but as trends continue, cars will be impractical.  I honestly hope we can transition into a car culture with hybrid and electric cars (I’m picturing Telsa not Prius), but who wouldn’t want to travel across the country at 200 mph, taking in panaromic views while reclining in a sleeper car?