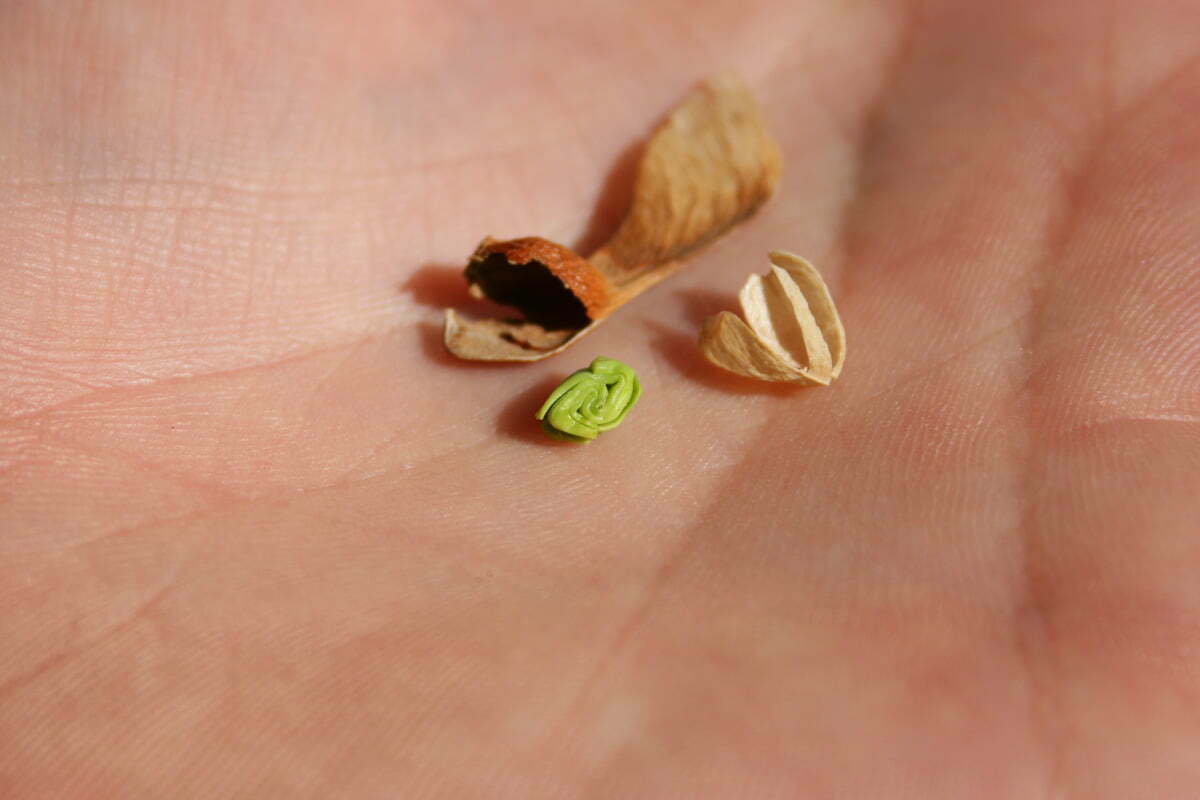 I was sitting outside yesterday and began wondering what was inside those seeds that float to the ground like helicopters.  I picked one up and began picking at it.  Much to my delight, inside the brown and crusty exterior, there’s a simple swirly bright green seed inside.  I grabbed my camera and snapped a picture.  Later I looked up the official name and it appears that the seed itself is known as a Samara and the specific tree is called an Acer Negundo.  Cue “The More You Know” music.