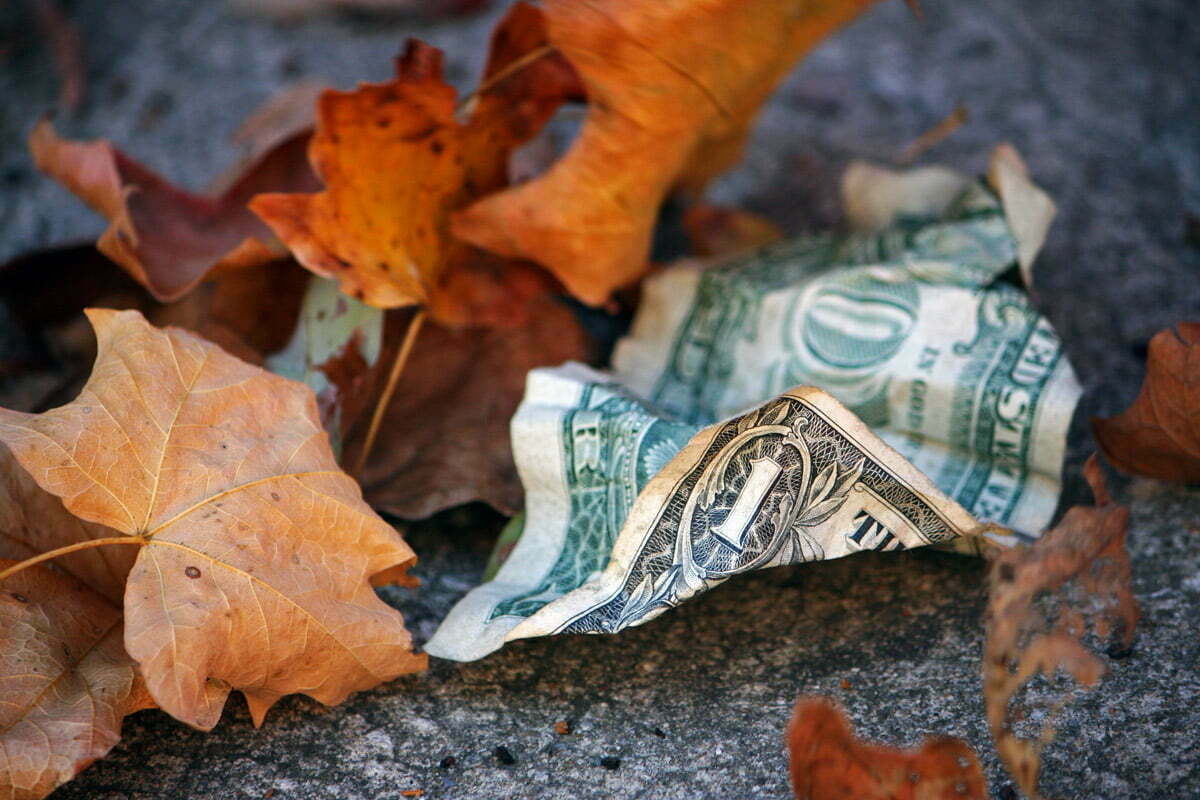 I normally wouldn’t write publicly about financial decisions, but given the type of internet mutualistic relationship I have with my blog visitors, I can see no harm in doing so.  The recent financial crisis sucks for a lot of people, but a friend of mine recently convinced me to start investing after he made a $10 investment in Fannie Mae when it hit 35 cents a share. First I followed suit and got some money in Fannie Mae, right as the bailout was being discussed, and then I bought up some Royal Bank of Scotland when it hit the lowest point in decades and another European bailout was in the works.  I based my thinking on long term strategies backed by government guarantee, sure the banking industry is in a terrible fix right now, but these massive companies aren’t going to completely fail, right? (Weak laugh).

I talked things over with others and learned that my style of investing was lovingly known as “Bottom Feeding” as I was taking advantage of the suffering of other investors.  Actually, with some more research, and an incredible article by Warren Buffett I learned my recent investing strategy is known as contrarian investing.  Buoyed by this outlook, I continued my research and came to the conclusion that I should be investing in companies that represent my values rather than simply the seemingly smart financial plays I’d made earlier.  I started looking at name brands that I knew, but my retail experiences didn’t seem to mesh with professional analysis.  Continuing my search, I’ve proudly settled on a theory of socially responsible investing.

Without going into my extensive political beliefs, I was rather shocked at some of the arguments made during the election season with regards to energy.  I am wholly dissatisfied with the pollutant output of most energy sources and I am firmly resolved on the change clean energy can usher in.  You can make economic arguments for job creation, but forcing a backwards energy technology would simply prolong the negative effects of the industry.  I am mostly referring to coal and the ludicrously labeled “Clean Coal.”  Some have argued for nuclear as a long term solution, but this fails to recognize the incredible investment of money and time required to get a single plant online.  Solar, to me, represents an increasingly efficient technology that can bring the systemic change the world needs.  There are not transportation costs, power is generated on site and storage (though rather lackluster now) is removed from the electrical circuit.  No drilling in foreign or domestic lands, no shipping, no Yucca mountain expansion, no blackouts.  It could be a simple societal process dictated by technology that is anything but simple.

Given my beliefs I embarked on a long project to track down a solar company that also represented a sound investment.  After compiling a short list I tracked the progress of each company over the course of about three weeks.  For those curious, my final four were First Solar, JA Solar Holdings, ReneSola and the SunPower Corporation.  After tracking the fluctuation and finding a balance of market cap and the business model I decided on the SunPower Corporation.  Yesterday I invested my most recent blog writing earnings in this large solar energy company that is vertically integrated.  How I fare in the market recovery hinges on the prospect that solar energy offers.

Although solidly profitable, the stock prices for these companies have plummeted just like all the others on Wall St. However that means they are terrific investment opportunities even if their earnings decline due to slowing economies and the credit crisis, he said.

[via A Green Lining in Market Meltdown]

Throughout the international financial crisis I remain optimistic as history has proven that humanity endures and progresses due to the work invested in positive movements.  But as always, this is just my two cents (hopefully worth more soon).