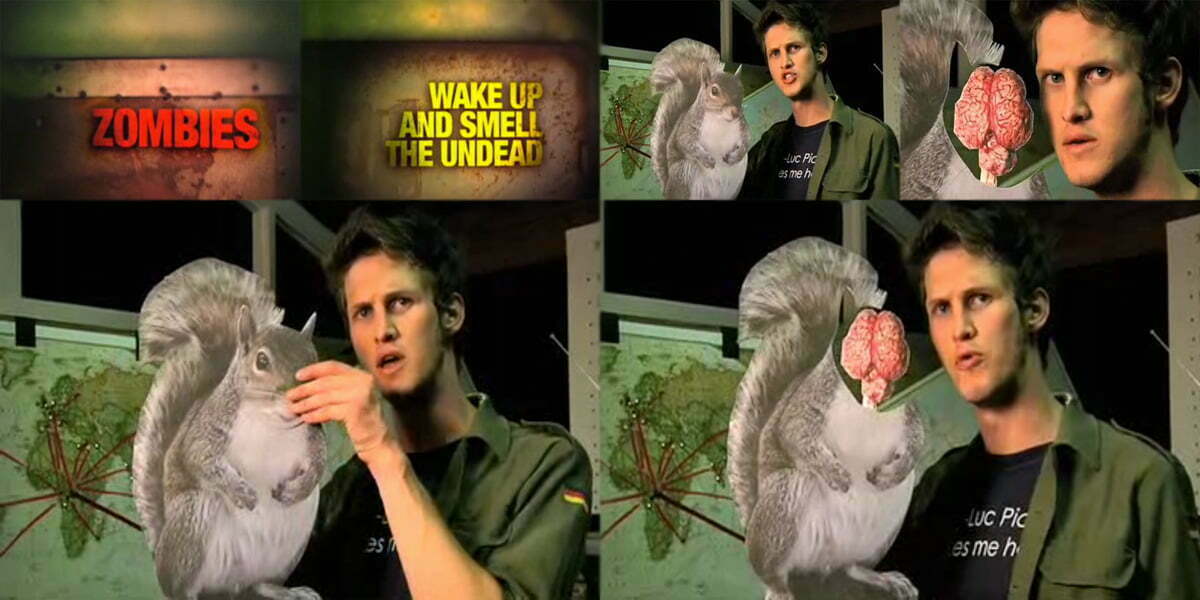 Yesterday’s post, about my squirrel picture on wikipedia leading to some beautiful original artwork in the Philippines, is actually not the only resurfacing of that image.

In December, I got an email from a woman in Australia (who somehow could pick out my specific squirrel picture from memory) about how she noticed it was on a local TV show. Apparently, an ABC show about zombies used my photo as part of the backstory behind the series, cleverly named ‘Zombies.’

The show is only viewable online from Australia (unfortunately, I think it has expired) and I was able to watch the first part of the episode.  According to Zombies, my furry friend was responsible for transferring the zombie brain-virus to humans in rural Kentucky, hastening the apocalypse.  Oops.