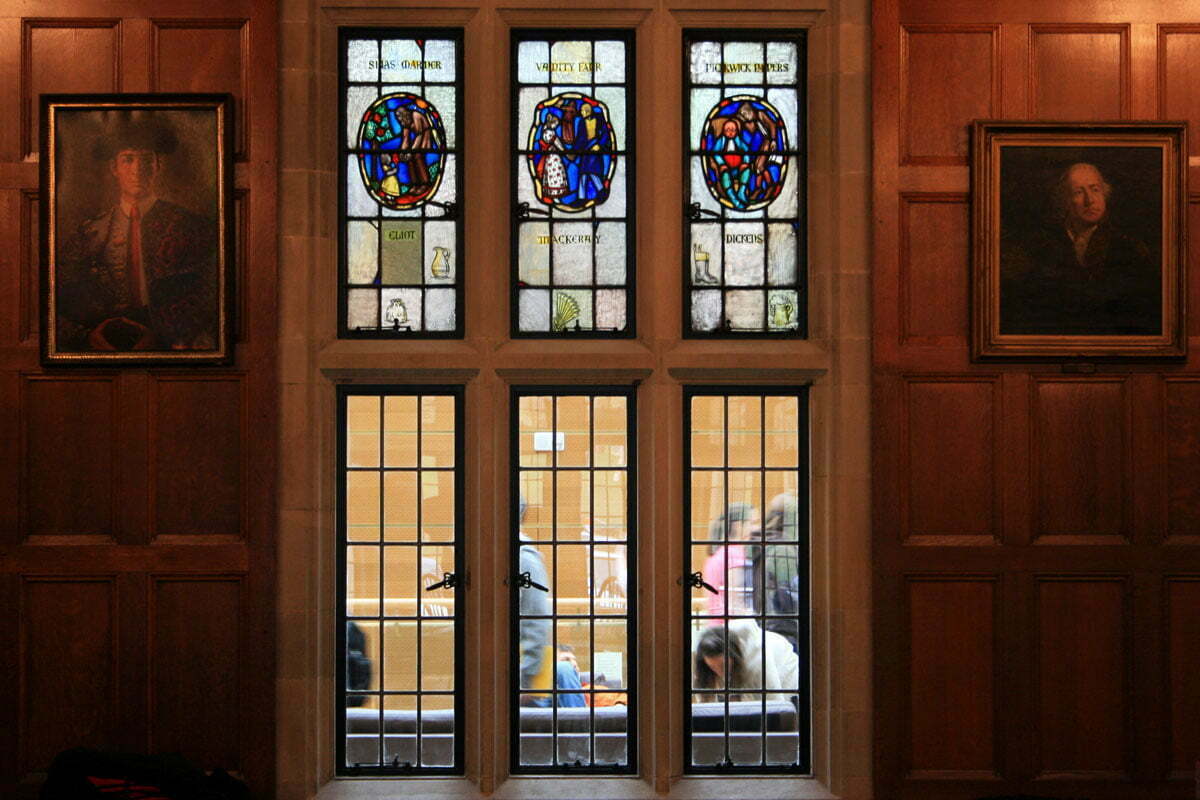 Early in 2009, my senior year at Kenyon College, I hung the portrait on the left in the hallowed Great Hall dining room. The space inside Peirce Hall has incredible wood beams, handmade stained glass and its walls are bestrewn with original portraits of the college’s most esteemed members. It generally gives you a sense of collegiate tradition and history, more so if it wasn’t filled with college kids noisily chomping on cafeteria food.

Enter Don José. Purchased in 2008 at a rummage sale for the handsome sum of $3, he proudly adorned my dorm wall for much of junior and senior year. It was a cheap reproduction of a painting by an artist named Barbara Weber and was printed on textured cardboard (hence the reflection compared to the original painting on the right). Some thought he could resemble a long lost relative of mine so I often informed befuddled visitors to my room that my great uncle was a matador and this portrait was a family heirloom.

As my time at college drew to a close, I was concerned I would lose my treasured portrait. I thought it would only be fitting for him to live out his days on an unused hook already conveniently mounted in the Great Hall. During lunch, I subtly unhinged a window and returned in the wee hours with my roommate. As he held the flashlight I hurriedly hung my great uncle amid the lords of Kenyon. The next morning I went to breakfast early so I could snap a picture of him before security took it down. However, as I sat there grinning ear to ear, no sirens rang and security didn’t act…yet. As the months passed, my uncle became somewhat of an icon. I often heard students looking at the portrait perplexed at the Spanish bullfighter among the usual crusty old white guys. Nobody seemed to question the authority of a portrait securely mounted on the wall and so Don José remained up.

Behind the scenes, I am told that the administration of the school was in quite a tizzy. They had no idea where this portrait came from and they feared that the student who hung it up there had stolen an original. Fearing the wrath of trustees, they didn’t dare leave an empty space and Don José stayed while they researched the situation. I’m not sure of the details beyond this, but I’m sure their records of portrait placement were subpar and it wasn’t until graduation that they hurriedly took it down. Fortunately, my aunt was in the hall when this occurred and sped after the security guard, demanding that it be returned to the rightful owner (me). I was pleased to have the family heirloom back in my hands, but I couldn’t get him on the plane home from graduation. I passed him off to a younger friend and picked it up over the past weekend in my return to campus.

Thank you to Travis and his roommates for keeping Don José company these many moons.