I set this blog up as a journal for my time here in Edinburgh and in Europe, but it’s mostly to spare me the time of sending out emails to long lists of people, so sorry to put the burden of checking this on the reader. It’s informal and quite a humble undertaking, but you won’t see any emoticons or mood updates that I tend to associate with blogs. This particular post is focused mainly on my first couple days in Scotland, but I plan on supplying updates once or twice a week depending on work/travel.

Well I’m finally getting settled here in Edinburgh in my flat. I’m in a pretty small room with a huge window facing the large park next to my building. I spotted a family playing golf outside and I soon found out that the Warrender Park doubles as a public golf course. Not bad to be living 10 feet from the green, I just wish I had some more experience with the sport than Ryan’s Mini Golf. My building has barren linoleum hallways and in some areas the floor switches to old wooden floorboards with columns stuck dangerously near doorways. My guess is this used to be a boarding school and I’m finding that most buildings here are either ultra modern or precariously ancient. 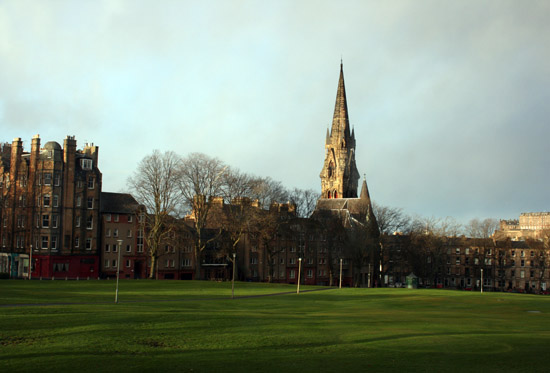 I figure I should have some short of method to this update, so I’ll start at the beginning. I flew from Dulles to Newark and sat around with the cadre of students headed for Scotland, most of them from the northeast. The preflight conversion worked its way up from polite introductions and ended up with frantic packing advice given by relatives and the younger members of the program expressing eagerness to partake in the more liberal laws of libations across the ocean. We flew on Virgin Atlantic, which is quite an experience in itself. While I knew Virgin’s reputation from the pompously clad flight attendants in bright red outfits and “rebel billionaire” Richard Branson at the helm, I wasn’t ready for the coming experience.

I was wholly unprepared for the attention given to the passenger, including the “beauty packs” that were handed to you when you board, containing a tooth brush, a dollop of tooth paste, a sleeping mask and a pair of socks, all bright red, of course. There were a dozen courses of drink and food offerings and at the initial beverage selection I asked the flight attendant what wares she offered in her rolling cart of bounty (or pain, if you are unlucky enough to fall asleep with a knee dangling in the aisle). Stunned, she responded that she had “everything.” Overwhelmed with possibility, I clammed up and ordered a V8. She laughed, “What’s V8?” My dreams were crushed and instead of describing the simple tomato concoction, I settled on some OJ (a decision that prompted a judgmental frown from a woman clearly used to prepared orders of fine wine). As the flight continued, I enjoyed two movies from the screen embedded in the seat ahead of me. I also religiously stuck to the regiment of 2-hour-increments described by the NO-JET-LAG pills I had heard so much about. My attempts to sneak pills out of the crumpled container resulted in nervous glances from my neighboring passengers. After explaining the wonders I had heard of these tasteless pills I was challenged to explain how it could possibly work. I whipped out the package and was greeted by such perplexing ingredients as: Leopard’s Bane, Clubmoss, Wild Chamomile, Daisies and finally Ipecac. As much as I shared these curious and humorous ingredients with others, it seemed to end up working and the five-hour time change was easily adjusted to. 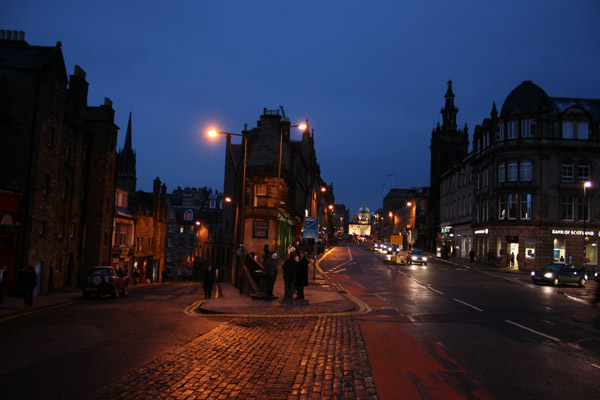 I arrived in Edinburgh in the early afternoon after a short flight from Heathrow (the largest and craziest labyrinth I have yet traversed). Even though the sun was nearly set as it was almost 4 pm (not kidding), my spirits were high because I had expected to go through customs, not wander past the tiny phone near baggage claim with a sign simply saying “Pick up this phone if you want to declare anything.” 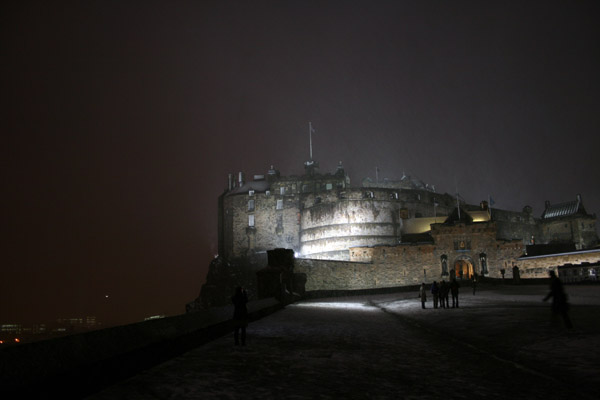 I got a taste of what to expect from the winter weather thanks to a bird that flew directly into the huge gray metal air duct on the side of a building. It was similar to the frequent glass related fatalities in the US except this bird’s demise was meet with cold tin and a resounding boom. Why would this bird run into a opaque wall? Well, the metal was gray, which is the same hue of the sky during 80% of the day. Once settled I went on a quick bus tour of the city with the rest of my program and got to stop at the Edinburgh Castle (a tour is said to take a full day, more on that in the coming months). It was dark and it was snowing hard, as these pictures hopefully illustrate. The tiny hilltop where the castle lies has been occupied by humans for over 2000 years since it is a great place to survey the land and nearly impossible to invade since the climb is so steep. One thing I noticed about the city is that while there are as many street lamps as my native DC, there was not the omnipresent orange light pollution reminiscent of a nuclear bomb blast. The city has a light purple-blue glow that is accompanied by dozens of church spires jabbing up in through the skyline.

As I’m sure everyone is aware of these days, the American greenback has plunged in value to wampum levels. The exchange rate is atrocious and numbers of UK price tags are deceptively low. Only 6.25 for this whole meal, you say? Ah wait, that’s almost $13…drat. On the up side, the Scottish (and hopefully Europeans in general) recognize the budget of a student. When in doubt, ask about a discount and flash one of the four student IDs you now carry. One local pub had a backpacker/student deal where anything 6.50 pounds or less is only 3.50 if you carry the corresponding identification, though I’m unclear where one would get a “Backpacker ID.” As for the language, I have yet to learn Scottish. If this is any indication, I got lost recently and ended up in the “Haberdashery” section of a department store. I’ve met dozens of other international students, but hopefully once classes start and I meet some Scots I’ll pick up the local tongue. 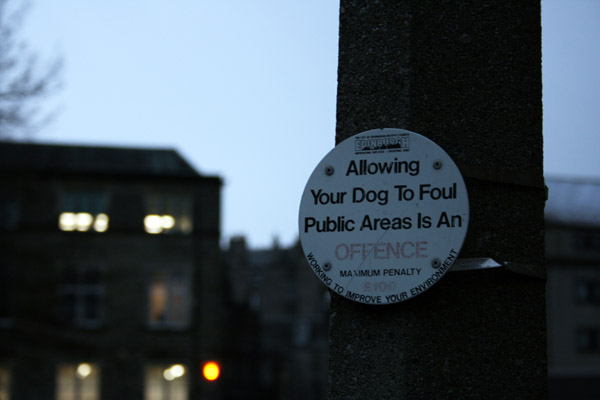 9 Replies to “Arriving in the Land of My Clan”