Our second stop was Barcelona. Our original plans to stay one crazy night in Barcelona were changed when we realized we had thoroughly seen Lisbon and all of our group was gone for the last two days. Ain and I changed our flight and escaped Lisbon (generally) unscathed. As I mentioned earlier, we were able to stay with a friend who was studying in Barcelona for the semester and graciously took us around to see the sites. Thanks to our connection with these newly minted locals, we got to see parts of Barcelona that we would never have found otherwise. On our first full day we tried to go to the Sagrada Família, but we arrived too late and had to settle for being awed by walking around it (and taking too many pictures).

At night, we rounded up a group and hit the club. By club, I mean, the club in the area. A massive 15-euro-cover warehouse of party that was actually three separate clubs connected by pathways of loud and drunk people. Each inner venue had a new DJ and a new wave of jumbled dancers. We succeeded in all the requirements of a night in a European disco: lost each other within 2 minutes of walking into the club, danced until it hurt, waited in a massive line for a nasty bathroom and rounding it all off with a rowdy visit to a late night chip (read: fries) shop

The next day we had the classic budget travel meal. Find a big market, buy a bunch of fresh bread, meat and cheese and head to a park and enjoy. It was hard to single out foods at the Boqueria Market because so many things looked good. I normally hate olives, but thanks to the ones I had from the market, I am now an olive snob.

As if the meal from the day wasn’t enough, we had dinner at a hidden local place called La Champagneria. We were debriefed on the form of dining before diving into it, but nothing could have prepared us for the chaos. In a rarely enjoyable case of catch-22, the establishment requires all sandwiches (Chorizo and some meat I didn’t even think to order are the only thing available) be ordered with a bottle of Cava and vice versa. Want to eat? You have to drink. Want to drink? You have to eat. Oh, and it’s remarkably cheap. As the picture below illustrates, this place is overrun with people (here is a youtube video I found of it in action). We spent the first 20 minutes contorting ourselves to elbow out a nook to have our dinner. After much spillage and yelled orders, we enjoyed incredible sandwiches with a refreshing bottle of Cava. Wash. Rinse. Repeat.

At some point on our post-meal loafing we wandering into a massive train station. Luckily I had my camera with me and I was able to capture my surroundings. After our epic meal, we headed home to get some rest.

The next day we finally got to venture inside the Sagrada Família. While it was packed with people, it was highly organized and you could escape once you ascended the towers (a far cry from what I would experience in Rome). The Sagrada Família is an unbelievable undertaking and while I’m familiar with the building from a coffee table book from my childhood, my high expectations were way too low. 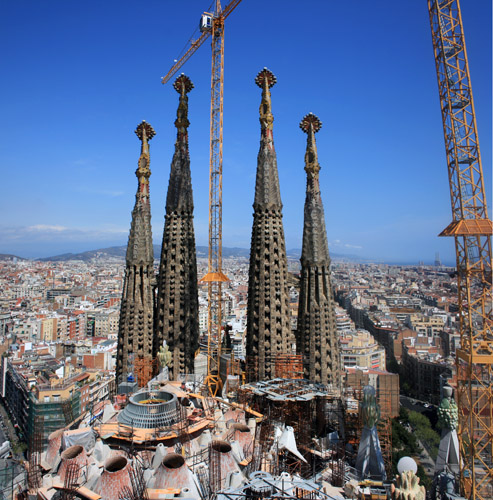 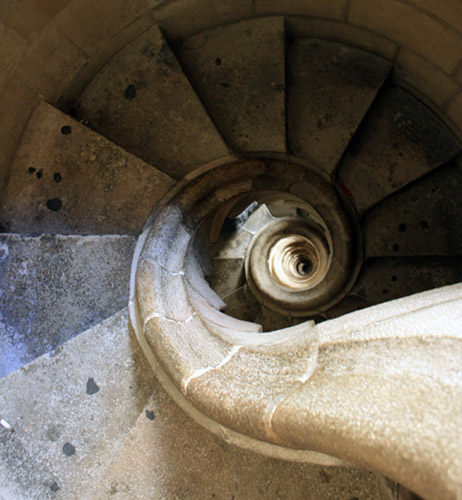 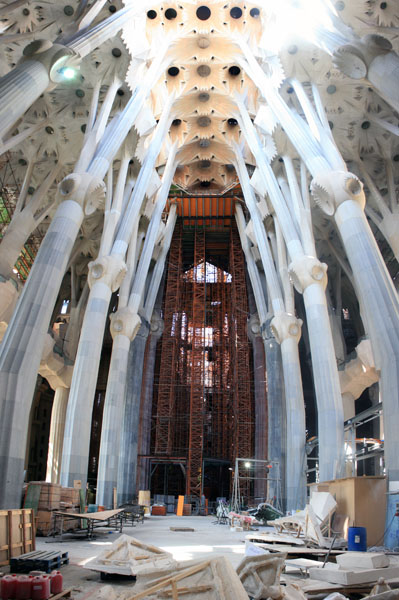 The amount of detail coupled with the size of the place is beyond words, so I’ll leave it with that. Ain had already been but was kind enough to revisit it and I’m surprised since it is constantly changing and continuously staggering. There was an entire exhibit on the types of stone used around the site and apparantly it has become very political over what exactly was envisioned by Gaudi.

The stairway down was windy and it was hard not to peek down every couple steps. Luckily, there was no railing, so pure fear drove most people against the wall. One man in particular was terrified of falling down the manhole sized hole and kept yelling out in Spanish and inching along. This provided our decent with much humor and allowed us time to pause and enjoy the graffiti that littered any spot not watched over by a guard.

One evening we enjoyed a cooking class taught by a peppery, spark plug of a woman who essentially just made dinner for a group of people while talking us through the steps. We also gained the knowledge of making a fine sangria as Ain and I hung on every phrase our teacher uttered. My personal favorite was her description of making a layered Hors d’œuvre as “you stack it like a Lego.” Another was, “Alcohol makes you drunk, but Sangria just makes you happy!” The massive portion of paella left us feeling cultured and stuffed to the gills.

Our final day involved walking down to the water and poking through flea markets for useless souvenirs. I was in the market for a watch that might catch my fancy, even though I have no real need for a watch, and Ain perused for an antique lighter. I found a massive watch that I learned was designed for someone losing their sight and I thankfully came to my senses and declined the hilariously large instrument. Either motivated through this momentary clarity of judgment or driven by a deeper irrational purchasing leanings, I moved on to something wholly useless. A sundial. Specifically, a portable sundial from 1850. It is a laughable pursuit now, but at the time it seemed the perfectly irregular accompaniment to the plethora of time keeping devices that are detailed and are useful when there is a lack of direct sunlight. No matter, I found what I wanted and it was better than others I had seen, so it was on to haggling. My pathetic attempts to barter with the man proved hopeless and I paid too much for something severely outdated. At least it’s a souvenir from Barcelona…made in London. 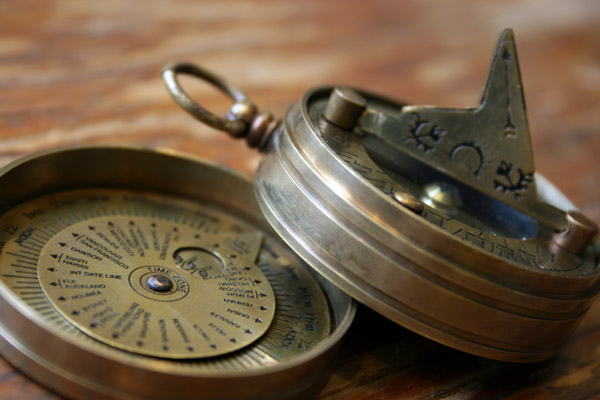 After our market experience, we picked up our luggage and made our way to the airport, which ended up being the most efficiently run airport I’ve used. Small details make all the difference. For example, the usual setup is after grabbing a bin you throw luggage, clothes and shoes in while people behind you mumble and quietly hate you. Here there was a wide open area of individual bin loading stations and then when you were ready you head through the terrorist detector. We had a short hop over the Mediterranean Sea and landed outside Rome in high spirits. 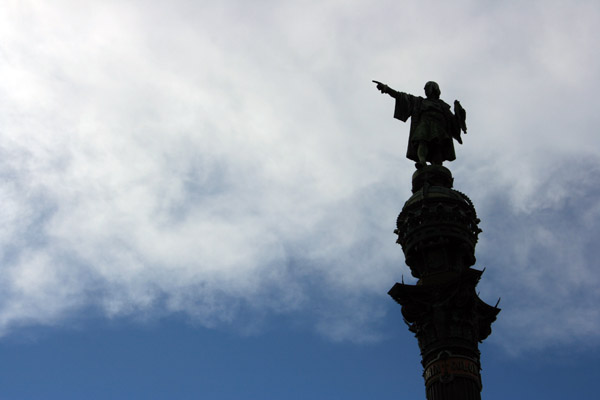 One Reply to “Catalonian Vacation”