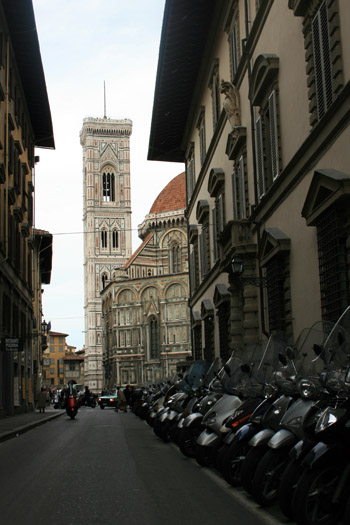 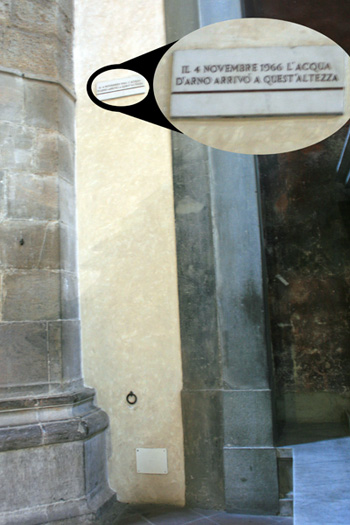 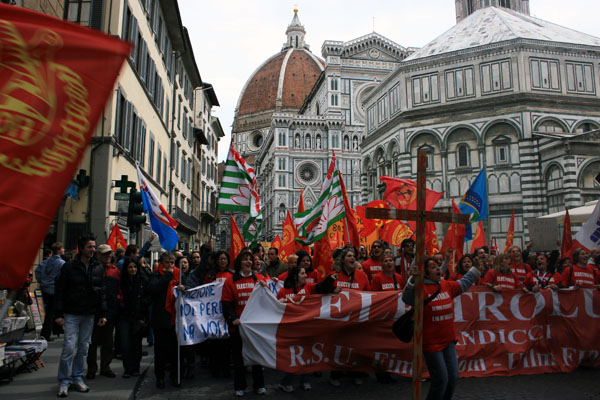 In the morning, while we walked through the square near the Duomo, we heard chanting in the distance. We stuck around and soon got enveloped by a huge protest. It was unclear what they were protesting but there were more smiles than I was expecting. The protesters seemed to enjoy making a bunch of noise and dancing about while the police took the opportunity to stroll around them. 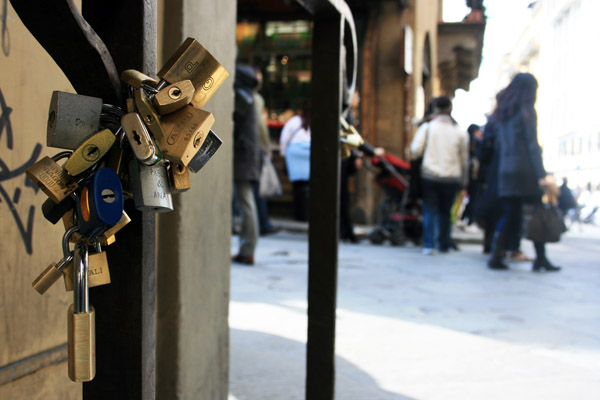 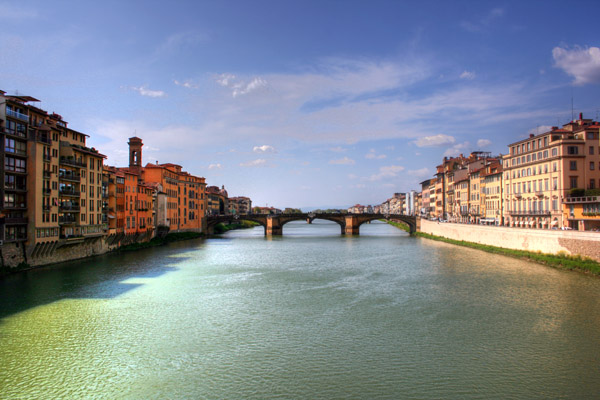 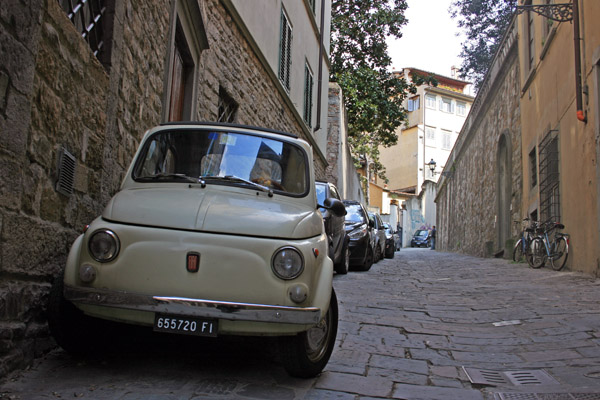 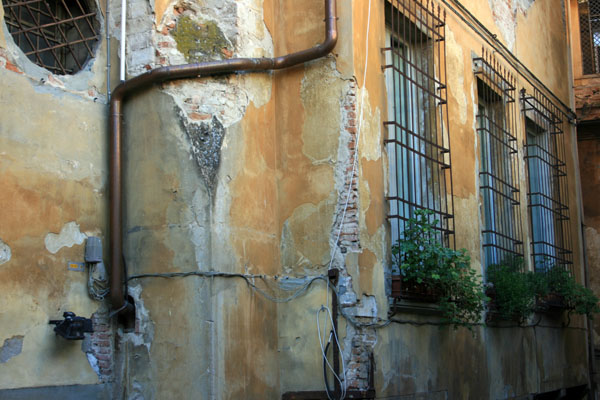 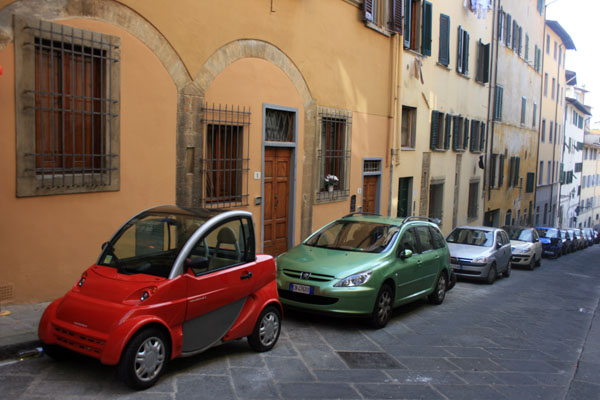 Rome was a change of pace. Lisbon and Barcelona were vacations with tourist sights, Rome was a pressure cooker of tourism. Ain and I flew to Rome and met up with Dave, who knew an elderly Italian couple that we were able to stay with. From the success and hospitality of these people, it made me realize that staying with family friends is the best way to map out a trip. We were picked up at the airport, whisked off to their house outside of the city and greeted with a meal and a comfortable basement. There was a language barrier between us and the father, Salvatore, but his eccentric hand motions and youthful demeanor made all communication easy (and often accompanied by smiles, uproarious laughter and the occasional made-up Italian exclamation). The mother, Gulia (pronounced, Julia), was a phenomenal cook who whipped up 3-4 course meals while we would be hastily ushered into the basement as it seemed no men were allowed in the kitchen. She used to be an English teacher and drilled Dave on updates with every member of his family.

In the morning Salvatore drove us to the train station and taught us that the driving regulations in Italy required everyone to drive like they own a Ferrari even though nobody does. We flossed and flew all over the country side and bought 40 minute transit passes for 1 euro, something that we would have clearly fumbled with ourselves.

We hopped off the train some time later and followed our line of sight to St. Peter’s Basilica. The main square was full of folding chairs and we trailed a horde of tourists to the Vatican museum. Most efforts to enter a museum can only be compared to cattle ranching through a few select entrances. The force of the crowd led us along the set path and we got to see famous old paintings and the Sistine Chapel while doing our best to not bump into other people stopping suddenly to take pictures. I now realize why the Vatican refuses to be swallowed by the Italian government: it is insanely rich. Absolutely everything is encrusted with gold, the vaults hold unknown treasures and the only word that can be used to describe the world’s smallest country is “ornate.” 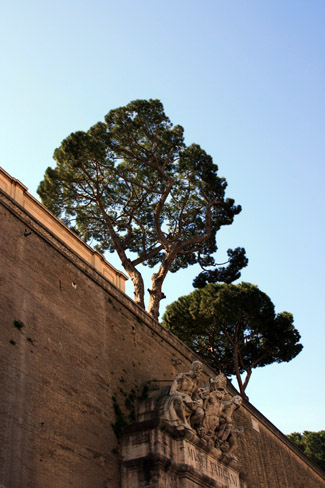 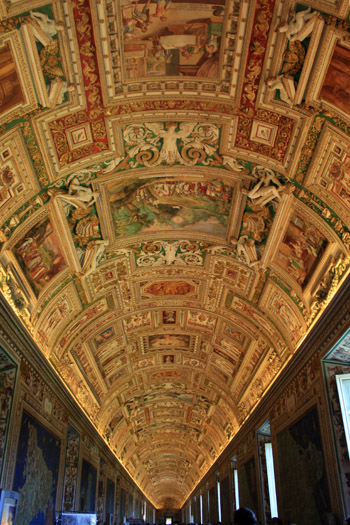 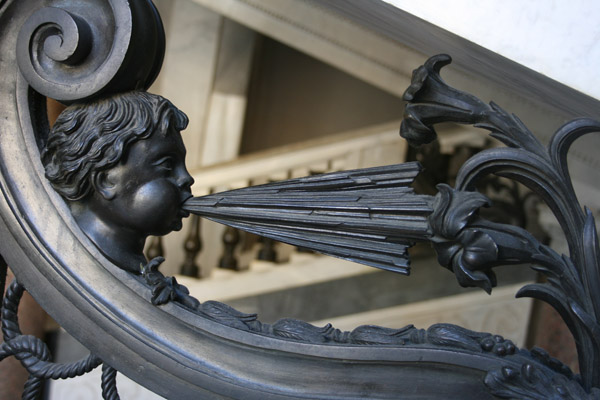 As we left the Vatican we witnessed a relatively unknown but frequent occurrence, the running of the counterfeiters. Few things were more satisfying in Italy than watching the people who had been harassing you to buy the world’s most trashy and poorly made merchandise now running in packs yelling “Polizia!” to alert others. Sure, they are just trying to make a living, but I just wish they could try some new sale tactics than doubling their prices and then yelling until they’re hoarse about their goods being “HALF PRICE, JUST FOR YOU!” 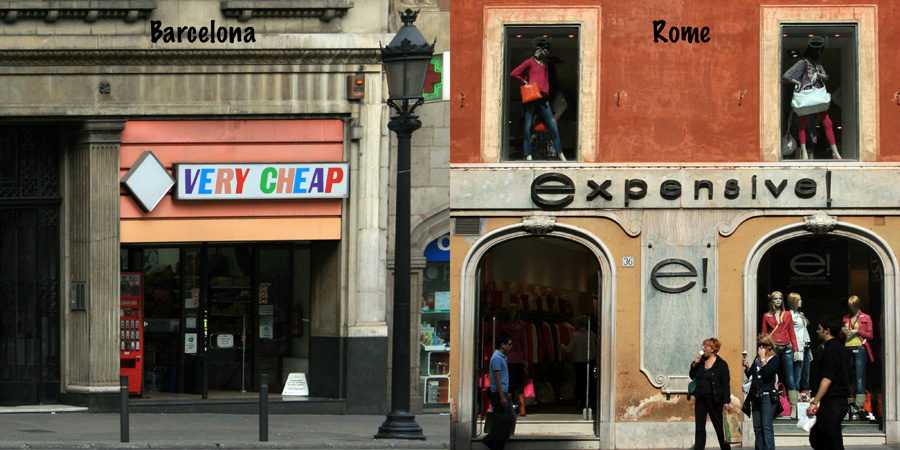 The weather during our visit was unbelievable and actually quite hot during the day. It was equally unbelievable to watch Italians don heavy winter parkas and shake their heads at us when we only wore t-shirts. As we crisscrossed crowded streets we sought out gelato as actively as landmarks. Our goal was to average four cones of gelato a day (this was achieved easily). 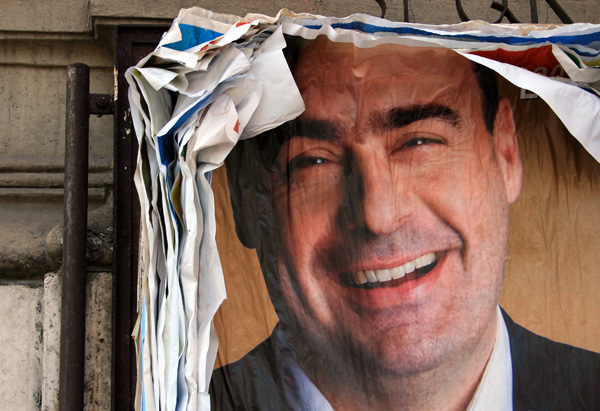 The rest of our day involved us hitting up every major monument and getting a thorough feel for Rome. We saw the Castel Sant’Angelo, Fonta di Trevi, the Spanish Steps, Monument to Vittorio Emanuele II, the Coliseum (though we didn’t go inside until the next day) and the estate of Nero. The train home had a beautiful sunset and Salvatore picked us up to escort us to our regal meal prepared by Gulia. It was during this meal that I was introduced to blood oranges from Sicilia, which became my Italian obsession. 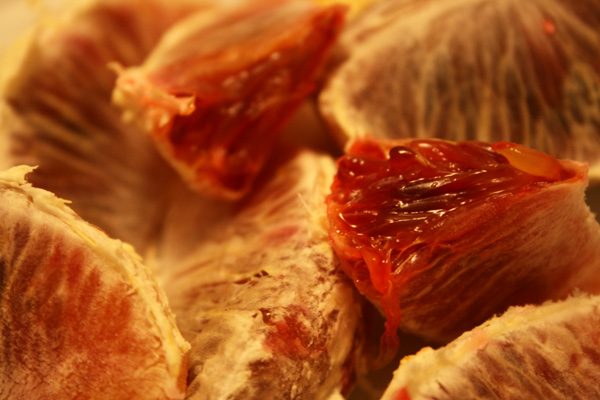 The morning following our epic meal, we took the train back to downtown Rome. This now routine commute would have been impossible without Salvatore ferrying us to and from the train station with passes in hand. We got off at our usual spot near St. Peter’s Basilica and headed downtown.

What we didn’t realize, and what soon became clear to us, was that this particular morning was the three year anniversary of Pope John Paul’s death. This event brought with it a mass lead by none other than Pope Benedict XVI. The Papi himself. So as we picked up our pace and flowed with the crowds we rounded the corner and stood in front of a massive screen with the Pope plopped down in his throne. There must have been around ten thousand people utilizing chairs and hording around for a glance. Our luck was unreal, but honestly the once in a lifetime experience was mostly gotten over in 20 minutes of gawking. Old guy. Big hat. Loads of religious significance. More importantly it was very hot and I am not a Roman Catholic. We snapped a bunch of pictures and took off. 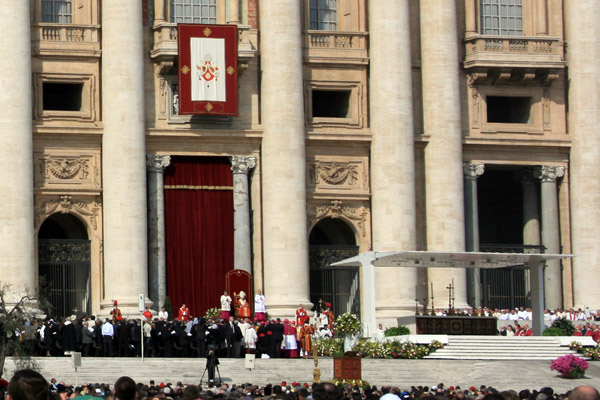 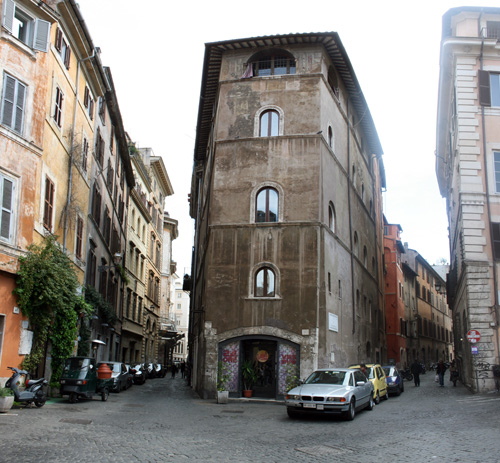